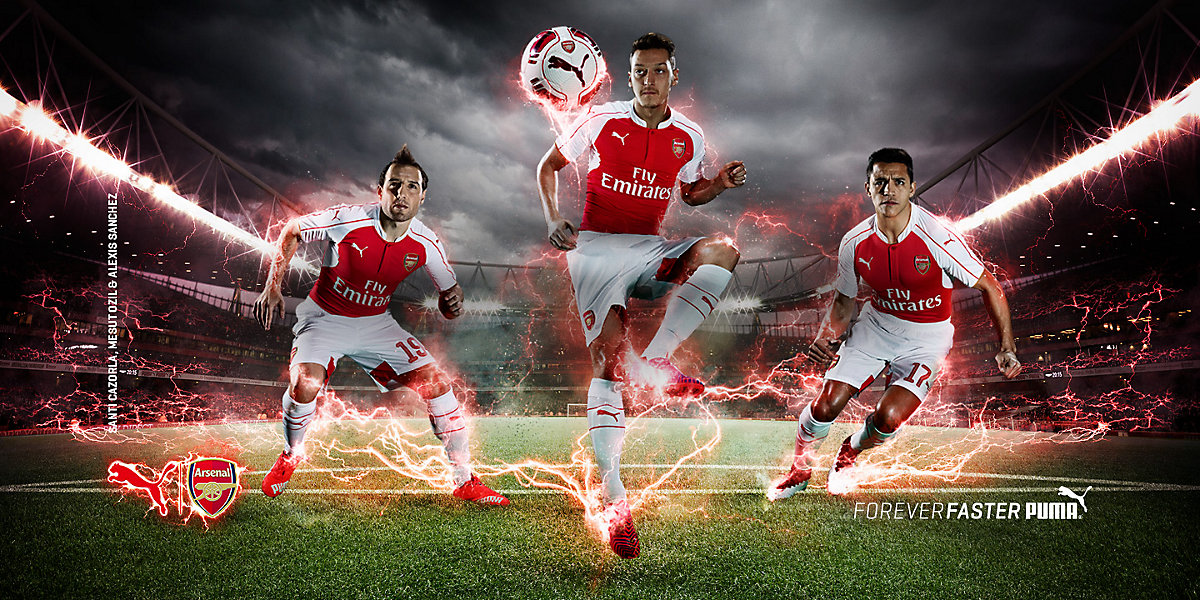 Despite losing their first two opening games to Dinamo Zagreb and Olympiakos, the Gunners are suddenly alive again in the Champion's League. It took them some luck and a whole lot of exceptional goalkeeping from Petr Cech to secure a victory over Bayern Munich.

Arsenal's incredible streak of reaching the knockout stages in each of the last 15 seasons was brought dangerously to an end until Olivier Giroud capitalised on Manuel Neuer's misjudgement and headed home the opener at the 77th minute. The final touch came of the Frenchman's arm but the goal stood and the German Giant were reminded what it was like to be staring defeat in the face of after coming to the game on the back of 12 consecutive wins.

Bayern dominated so much in terms of possession that their manager, Pep Guardiola, had trouble understanding what had gone wrong. "I can't explain how we didn't score," he lamented. "That is the mystery of football." Robert Lewandowski said after scoring 15 goals in his last 7 outings. Bayern had their moments especially for a 20 minute spell early in the second half where their midfield trio, Thiago Alcantara, Xabi Alonso and Arturo Vidal seemed to have taken control of the match.

The match didn't look the same for Bayern once Guardiola took off both Alonso and Vidal after 71 minutes. Neuer was forced to pull out an incredible, one handed save to claw away Theo Walcott's header. The visitor looked spent and was forced onto the back foot by the time Mesut Ozil scored the second goal. For Arsene Wenger, the only downside of this victory was the loss of Aaron Ramsay, who left the match with a suspected recurrence of his hamstring injury.

The 24 year old was subsequently replaced by Alex Oxlade-Chamberlain. This was when Arsenal was struggling to retain possession, dropping further back and defending in numbers. The final whistle soon sounded and The Gunners, having begun the group with two consecutive defeats, left the pitch to raucous acclaim.

It all ended square at the Emirates Stadium. The goal came from an unlikely scorer, Kieran Gibbs, who scored after being on the pitch for 4 minutes. Arsenal missed the chance to go top as Manchester City was held by Aston Villa earlier. Arsenal remains second behind the leaders on goal difference.

Both sides looked dangerous in the opening as they were quick on the break until Harry Kane scored at 32 minutes. Kane looked to seal the victory with his goal in the first half as Arsenal could not create any openings. Hugo Lloris was barely needed to make any saves.

Wenger made a change in midfield after the restart with Mathieu Flamini replacing Santi Cazorla. Arsenal looked to threaten when Campbell tested Lloris with a shot few minutes after the second half. Arsenal kept on attacking but could not find a way through. Giroud missed a couple of sitters which could ultimately cost them in the future.

Wenger made another change, replacing Campbell with Gibbs, who made an instant impact by converting the cross by Ozil to score past Lloris. However, Spurs managed to survive the storm and earned a previous point. 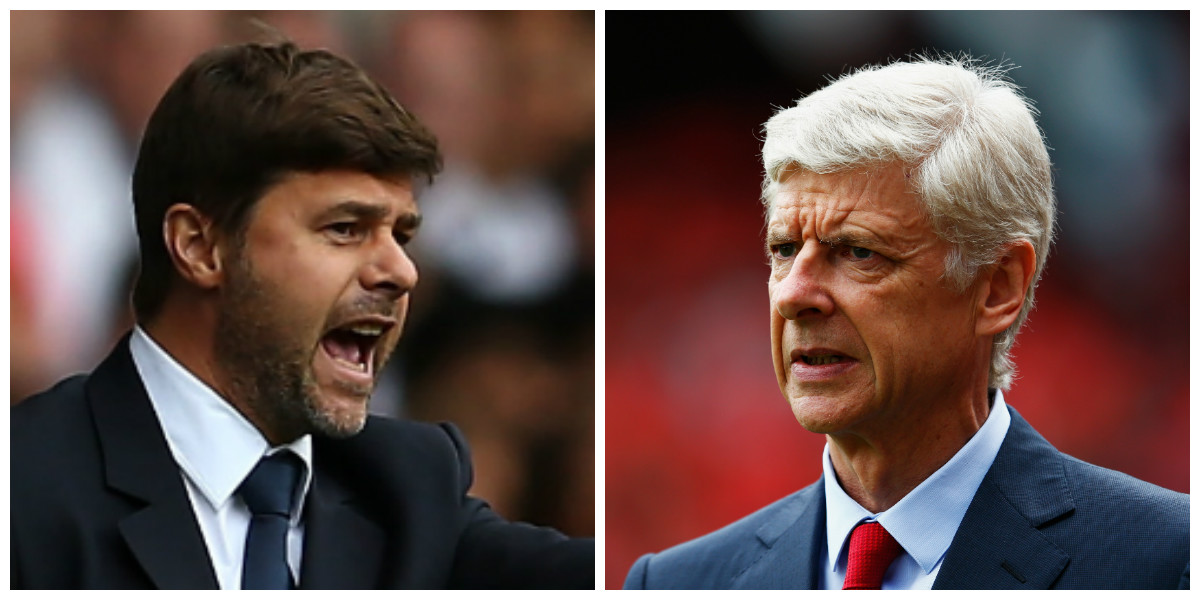 Injury crisis continued to strike Arsenal as Spanish full-back Hector Bellerin will miss out the match against Tottenham with a groin injury, with Mathieu Debuchy set to start for Arsenal. Arsenal has lost a number of first-team players through injuries, including Aaron Ramsey, Jack Wilshere, Alex Oxlade-Chamberlain, Theo Walcott and Danny Welbeck. Joel Campbell is set to start for Arsenal after scoring his first goal for his first start this season.

Wenger is concerned with the amount of injuries of the team : "At the moment we have too many players out. I am very concerned, honestly, because we are only in November and we have so many players out knowing we go into the Christmas period soon."

"Of course it was a disappointing result on Wednesday night, but before that we did extremely well in the Premier League," he said. "hey want to continue from one competition to the other. I believe at the moment in the Premier League we have strong confidence and focus and that's what we want to reproduce on Sunday against Tottenham. As always it's a derby, it's always a game where the commitment and the nervous force will be important."

Left-back Danny Rose is expected to be fit for the North London derby after suffering a knock against Aston Villa last weekend.

Mauricio Pochettino is concerned with the fatigue of the team : "I don't want to put any ideas out there that they have an advantage, but it is very difficult to play Thursday and Sunday," he told reporters after the win over Anderlecht, according to Reuters. "We have a young squad that runs a lot. I'm not complaining. It is not an excuse. We will be ready to compete and try to win the game. Now we need to focus, there is no time to think too much because in two days we need to play the north London derby and we know this is a very important game for us."

Tottenham continues to their form after beating Anderlecht on Thursday. With Harry Kane having a great form recently, Arsenal will need to be aware of the threat of Kane. Last season, Kane scored two goals to seal the win for Tottenham. Kane will be looking forward to do the same again to continue his impressive form.

Arsenal will be looking to bounce back after losing to Bayern Munich during midweek. As always,

Arsenal will thrash Tottenham with ease. "Believe that" - Roman Reigns

With the injury list building, Arsene Wenger is looking to add to the depth of his squad during the January transfer window. Even though the Gunners failed to sign an outfield player this summer, they’ve managed make the most of what they and top the league table along with Manchester City. However, with 9 players on the injury list, Wenger needs more depth in the squad and he’s intending to do that by bringing in new faces in January.

The Gunners have recently been linked with moves for Karim Bellerabi, Benedikt Howedes and Granit Xhaka.

The trio all play in the Bendesliga and scouts have been sent from Arsenal to watch Xhaka.

Arsenal have a history of poaching Barcelona's young talent and now it seems like Wenger is intending to do it again.

Barca team's captain, Grimaldo, may be considering a move away from Spain.

The fullback has been reported to decline a new contract offered by Barcelona and Wenger is ready to bring him to the Emirates in January.

The arrival of Petr Cech meant Szczesny will either be forced to play backup or look for playing time elsewhere, which his has done in the form of a loan to AS Roma.

The 25-year-old was dropped from the Gunners last season but he's managed to put in some impressive performances in the Serie A.

The Polish goalkeeper went on further to say that if the Gunners do not want him, he's willing to join Roma permanently next summer, after the loan.

Following the two goals scored as a sub against Watford and Bayern Munich, Giroud was given the start in the place of Theo Walcott. Unlike his English teammate, the Frenchman offers an entirely different skillset, namely strength and height.

The use of Giroud changes Arsenal's approach to the game, and at times they missed the option of Walcott's runs behind the defence.

To compensate for this, Alexis Sanchez played higher up the left flank to provide some of that speed but they weren't as dangerous in more central positions.

Mesut Ozil rarely sprinted beyond Giroud and Alex Oxlade-Chamberlain doesn't provide the same goal scoring abilities as the injured Aaron Ramsay. After the poor performance, especially at the back, against Manchester United, dropping Walcott seemed to be a mistake.

Giroud however, offer his own qualities and that's exactly point. Unlike teams with similar players in reserve as compared to their first choices, Arsenal provide tactical options - and Giroud's involvement summarised his style.

Early on, Giroud threated the defence when he darted towards the near post in search of a cross from the right wing. Midway through first half, he beat both Phil Jagielka and John Stones in the air and headed the ball to Ozil albeit committing a questionable foul.

With 10 minutes to the end of the first half, Ozil drifted out to the right and delivered a left-footed cross onto Giroud, whom beat Tim Howard to the ball and opened the scoring for Arsenal. It was a goal that Walcott wouldn't have scored.

Not only was he a danger to scoring, Giroud almost found Oxlade-Chamberlain when he whipped in a cross from the right. On the 70th minute, his left-footed shot almost sealed the game for Arsenal only to find himself denied by the crossbar.

The constant danger that Grioud provided justified Wenger's choice to start him which in turn rewarded Arsenal's change in approach as they provided him with a wide array of services from Walcott.

Despite losing their first two opening games to Dinamo Zagreb and Olympiakos, the Gunners are suddenly alive again in the Champion's League.

It all ended square at the Emirates Stadium. The goal came from an unlikely scorer, Kieran Gibbs, who scored after being on the pitch for 4 minutes.

ith the injury list building, Arsene Wenger is looking to add to the depth of his squad during the January transfer window.

With a victory over The Toffees at the Emirates Stadium, Arsenal now sits on top of the premier league table for the first time since February 2014.